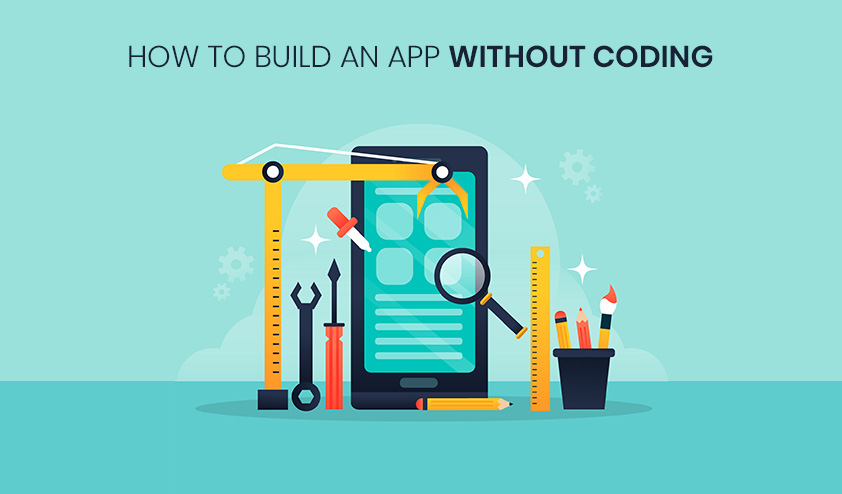 How to Build an App Without Coding

Mobile phones and their applications have become an integral part of people's daily lives in the modern world. It is safe to assume that the entire world revolves around the phrase "app," which has made everyone's life ten times easier. But, as simple and enjoyable as using them may appear, have you ever considered creating one?

Many mobile app development services in London certainly have, but there may have been a stumbling block in the form of code difficulty. Coding is not for everyone, and the technical knowledge and abilities required are not hidden from everyone. Learning to code takes more than a few minutes or hours. To be a programmer, you'll need a lot of study and information, as well as a lot of practice putting those codes into action to get the intended result. However, these are developing times, and various no-code mobile app builders make the process more practicable and faster for everyone, whether a beginner or a specialist. Let's take a look at what No-Code app builders are and how they work.

To create an app in the past, you needed to be a programmer, which may take weeks, months, or even years. Nonetheless, there is now an abundance of app-building outlets available that allow you to create an application in seconds. We've compiled a list of some of our favorites for you.

Andromo is the most widely utilized Android application development setting. To make your app, you only need to follow three simple steps:

Andromo, unlike many other app builders, does not include a preview area where you can see how your app will look as you add items or change the formatting. They'll email you your application after you've completed it. They do not allow the software to be uploaded to the Google Play store. You can make one ad-supported application for free. You can have up to 50 applications and monetize them if you upgrade to the cheapest plan for $8 per month.

AppsGeyser is a completely free app. They claim to have no fees, charges, subscription plans, or restrictions. There are over 50 different templates to choose from to get you started and make the process of designing the app even simpler. The site utilizes a preview page to illustrate how your app would appear, however, I had some difficulty getting it to run consistently.

They don't support putting the app in the stores because it's free. To compensate for the expense, they will receive 50% of whatever monetization you do. Go to our tutorial to learn more about generating apps with AppsGeyser.

AppMakr is a cloud-based app development platform that lets you create apps for iOS, HTML5, and Android. There's no limit to how numerous applications you can put together or how many updates you can formulate.

A high-resolution picture gallery, push messages, live updates, song, and video streaming, discussion spaces, Google map integration, shared event programs, in-app purchases, and more are among the characteristics. You may use a dashboard to keep track of your apps and customize their design and functionality. Tabs will be used to add material. It's free to start, but you'll have to pay $99 once you've published.

GameSalad is a game development and publishing tool for Android, iOS, HTML5, and macOS. Working on this platform requires no prior programming experience and utilizes a drag-and-drop interface. Its manner of operation entails the editing of characters in a scene, as well as the design of their features, sound, and switching between them.

It is free for the first year, but after that, it costs $299 per year. The final version of the software is a hybrid that runs on all platforms, including Blackberry, and is based on HTML5. You can send push notifications, monitor real-time analytics, monetize with advertisements, and track locations with GPS. You can also connect your app to websites, blogs, audio, radio, media feeds, and a variety of other sources.

It provides an appointment scheduler with features like One Touch Call and QR codes with custom code and iFrames; this feature is especially handy for most organizations. The cost of using this platform ranges from free to $33 per month for the platinum version.

It's simple and quick to create apps using Appery. There's no need to write code or download anything. It's entirely done in the cloud, and the user interface is built using drag-and-drop components. Using Apache's built-in component, this platform is used to create apps for Android, Windows Phone, and iOS.

Appery provides a plugin library where you can add basic functionality to your app, but you can also create custom plugins for your app. It allows you to share your project in real-time with business users, customers, and developers. The cost varies from nothing to almost $180 per month.

Swiftic was previously known as Como. It's a one-click app builder that lets you make apps regardless of your previous experience. It is one of the top mobile app creators since it offers a wide range of capabilities for generating revenue and engaging your customers. Como transforms a novice into a pro by requiring only three simple steps and dozens of classified themes. All you have to do now is pick an app category, a theme, and publish.

When compared to other app builders, many developers regard Swiftic's features to be an enhancement. Advanced analytics, which keeps track of app performance, is one of these features (to know what works and what does not).

A drag-and-drop interface, mobile commerce, user reviews, loyalty programs/coupons, the option to construct a custom menu, RSS and social feeds, customization of the look and function of the apps, monetization capabilities, and push notifications are among the other features of the app maker.

You'll need an app builder if you want to make a mobile app without coding. You don't have to program the functionalities in app builders because they are pre-programmed. You can also create mobile apps since you can customize the design, content, and functions.

It’s been a year now when I subscribed for Search Engine Optimization services of SDS Softwares and I must say, they are the best in it. My website has not only gained huge traffic but also turns up at the very first page of search engines.

I recommend SDS Softwares for time and cost effective website designing services. They turned my dream e-commerce website into reality in just a few months. I am glad I chose them.

Being a newbie in this already established market, I was worried about making my presence out there, but SDS made it easy. Within a couple of weeks, they designed my website and popularized it on the search engines. They know the art of attracting visitors and converting them into the customers.

SDS Softwares is a team of skilled professionals who love what they do. Besides explicitly sharing their ideas and knowledge, they also attentively listen to your requirements and suggestions and execute them.

Getting in touch with this company was one of the most pleasing experiences I have had. They are polite, talented, and trustworthy. I used their digital marketing services for promoting my business and I believe I will return to them again and again in the future.

Got my logo designed at SDS Softwares and it did not only match up to my expectations but exceeded. I sincerely recommend their services for quality results with time and cost efficiency.

I am very impressed seeing the SEO results of my website. Good work SDS! Keep it up!

I enrolled for the complete web development and digital marketing package at SDS and I really appreciate the type of teamwork they have executed in designing and developing the website, attracting traffic, and converting visitors into customers. Well done guys!

The team of SDS Softwares is very professional and easy to deal with. I found their guidance and advice extremely helpful throughout the redesigning of my website. They helped me in converting my design ideas and concepts into a professional presentable website successfully.

My experience with SDS Softwares was wonderful and praiseworthy. A few things that I would like to highlight about the company are - their on-time project execution, work commitment, understanding of basic concepts, and familiarity with the latest trends.