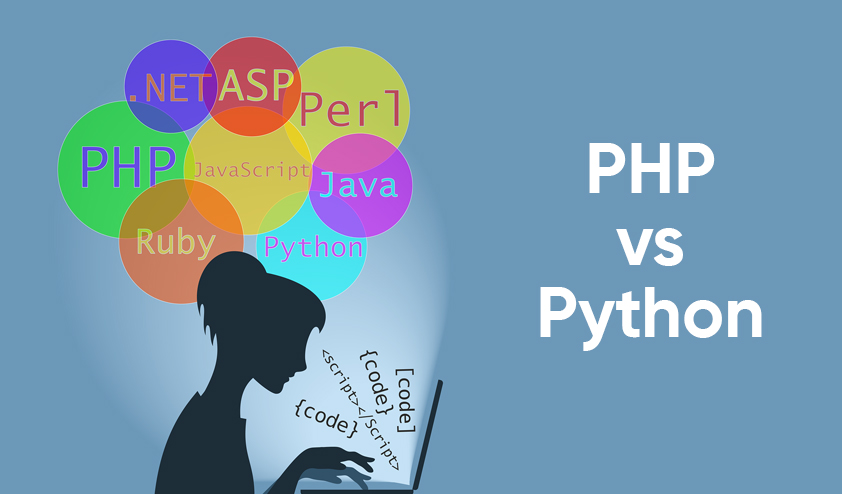 PHP vs. Python: Which Programming Language is Best for Your Project?

Wondering which programming language to choose between PHP and Python for your project? Let's find out.

What are PHP and Python?

Python is a well-known, high-level, and interpreted programming language that's focused on an object-oriented approach. It helps the programmers to write crisp and clear code that's highly readable.

Python differs from other languages with the fact that it does not use punctuations. In addition, it consists of lesser syntactic constructions and more keyword use. Thanks to easy usability and understanding, Python is one of developers most commonly employed languages. It's also used by ILM (Industrial Light and Magic), the company that created the iconic Star Wars effects.

Likewise, PHP (Hypertext Processor) is useful for creating web servers. It is one of the most renowned open-source programming languages that focus on web development. One of the best things about PHP pages is that they have HTML with embedded codes for performing a function. This prevents the hassle of extensive commands to output HTML. In addition, PHP can run on both the command line and browser. So, instead of a browser, you can display your code output in the terminal.

What are the Features of PHP and Python? 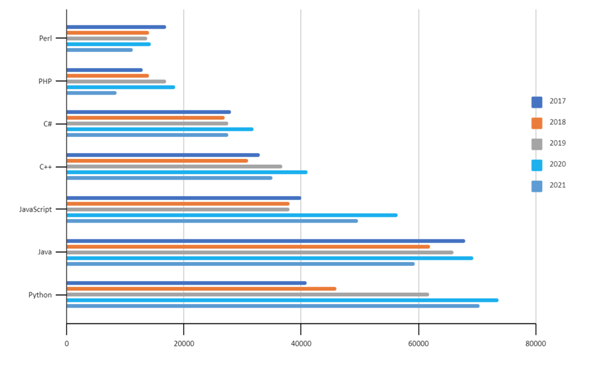 As per Statista's data on most used programming languages by developers globally, the value was 48.24% for Python and 21.98% for PHP. This means both PHP and Python are secured with advanced features justifying their popularity. Some of those features include:

What is the Difference Between PHP and Python?

Both PHP and Python programming languages are different from each other in distinct ways. This includes:

Use, Installation, and Speed

First, PHP is used for web development, whereas Python is efficient for other functions like graphics, backend, artificial intelligence or AI, etc. The latter is appropriate for rapid application development. Besides, PHP is faster and better for handling extensive data than Python. It's also easier to install than the latter. 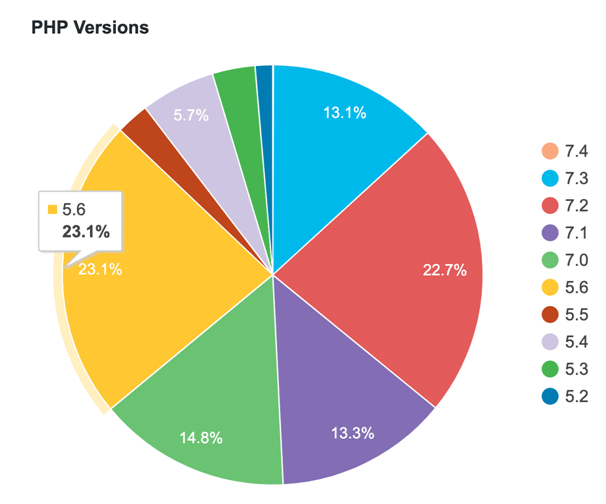 Thanks to the speed of the new PHP version 7 with Zend Engine 3.0, its performance surged like a skyrocket! Developers were able to process extensive data faster, which gradually contributed to its better function. As a result, not only Python, but it went to become better than other languages and it's prior version.

Although both have library support, Python wins this one due to its rich library for machine learning and data science tasks. This helps developers to create related applications without coding. On the other hand, PHP comes with a Standard PHP library that includes interfaces and classes for problem-solving.

Security: Python has better security features that take care of vulnerabilities. PHP is secured too but still requires improvement.

Scalability: Python is more scalable than PHP as it alters with the growing user demand and trends.

Community: PHP and Python have a decent community with distinct frameworks, components, and libraries.

Which Language is Better for Your Project?

To sum up, Python is an easy-to-learn programming language that's used for website development, data analysis/visualization, and task analysis. Likewise, PHP is useful for building engaging and dynamic websites.

So, if you want to include advanced projects with machine learning and data science, go for Python. Similarly, for server-side scripting tasks, choose PHP. So which language is better for your project? It depends on your project. Ultimately, the choice is yours!

It’s been a year now when I subscribed for Search Engine Optimization services of SDS Softwares and I must say, they are the best in it. My website has not only gained huge traffic but also turns up at the very first page of search engines.

I recommend SDS Softwares for time and cost effective website designing services. They turned my dream e-commerce website into reality in just a few months. I am glad I chose them.

Being a newbie in this already established market, I was worried about making my presence out there, but SDS made it easy. Within a couple of weeks, they designed my website and popularized it on the search engines. They know the art of attracting visitors and converting them into the customers.

SDS Softwares is a team of skilled professionals who love what they do. Besides explicitly sharing their ideas and knowledge, they also attentively listen to your requirements and suggestions and execute them.

Getting in touch with this company was one of the most pleasing experiences I have had. They are polite, talented, and trustworthy. I used their digital marketing services for promoting my business and I believe I will return to them again and again in the future.

Got my logo designed at SDS Softwares and it did not only match up to my expectations but exceeded. I sincerely recommend their services for quality results with time and cost efficiency.

I am very impressed seeing the SEO results of my website. Good work SDS! Keep it up!

I enrolled for the complete web development and digital marketing package at SDS and I really appreciate the type of teamwork they have executed in designing and developing the website, attracting traffic, and converting visitors into customers. Well done guys!

The team of SDS Softwares is very professional and easy to deal with. I found their guidance and advice extremely helpful throughout the redesigning of my website. They helped me in converting my design ideas and concepts into a professional presentable website successfully.

My experience with SDS Softwares was wonderful and praiseworthy. A few things that I would like to highlight about the company are - their on-time project execution, work commitment, understanding of basic concepts, and familiarity with the latest trends.